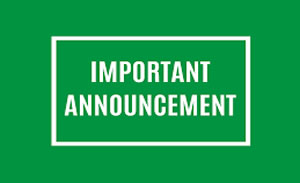 The University Management has received a report indicating a serious security breach in the University Campuses which has resulted to theft of two (2) private vehicles.
In view of the foregoing, the Vice-Chancellor, Professor Nyaudoh Ndaeyo has directed the re-introduction of vehicles tally at the gate. With this re-introduction of tally, It is compulsory for every vehicle owner to show/return his/her before driving out of the Campus as anyone who misplaces his/her tally would;

(a) have the vehicle impounded;
(b) Pay a fine of N5,000.00 ( Five thousand naira ) only at the Bursary and obtain the official receipt; and;
(c) obtain clearance from the Director of security before the vehicle is released to him /her.