Mojisola Eseyin, PhD, is a Professor of Jurisprudence and International Law. She is currently, the first and so far, the only female Dean of the prestigious Faculty of Law, University of Uyo. Prof. Eseyin has been an erstwhile two-terms Vice Dean and Head of the Department of Jurisprudence and International Law, University of Uyo. An academic of the topmost echelon, Prof. Eseyin has a cognate experience that spans over three decades in the Ivory Tower. Prof. Eseyin’s intellectual sagacity and ingenious acumen are evident in her teaching, over the years, Jurisprudence and Legal Theory, Family Law, Law of Intellectual Property, Human Rights as well as International Humanitarian Law, both at undergraduate and postgraduate levels. She has a deep-seated interest in research and her dexterity, pragmatism and unique pedagogical approach to the impartation of knowledge have been amply brought to bear in her annual Jurisprudence Symposium, where she employs clinical approaches geared at demystifying the time-honoured abstraction that trails the compression and understanding of Jurisprudence as a sphere of study. Her classes adapt exciting and pragmatic pedagogy in modelling students’ learning methods. She is engendering a new phenomenon of a therapeutic approach to Jurisprudence where formal knowledge of law is expressed through the living knowledge of law using roleplays. Prof. Eseyin’s YouTube channel prides itself as the only online medium where a person of colour shares content on Jurisprudence. Her NGO, CHEWORA which was founded in 2002, focuses on women and children’s rights with particular attention to the sexual and reproductive rights of women and protection against domestic/gender-based violence. Professor Eseyin is a versatile speaker and presenter at various conferences.

A Barrister and Solicitor of the Supreme Court of Nigeria, Prof. Eseyin was honoured as the most outstanding lecturer at the University of Uyo by the Students Union Government in the year 2020/2021. Prof. Eseyin has also been the best lecturer of the year in the Faculty of Law in 2019. She also bagged the monthly best lecturer’s award twice in previous years. She recently bagged the Students’ Union best dean of the year, 2022 award in the University of Uyo. Several other accolades, awards, plaques and honours adorn Prof. Eseyin’s shelves. As an academic worth of nickel, Prof. Eseyin has no fewer than fifty (50) widely researched publications in both local and international Journals. Her immense contribution to knowledge and intellectualism is also amply exemplified in her authorship of two books namely, Women’s Rights in Nigeria, How Protected and Jurisprudence: A Handbook for Students. She is happily married to Professor O. Eseyin, and their marriage is blessed with promising children.

Connect with Professor Eseyin as follows: 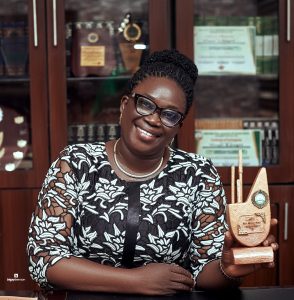 Professor Akindele Folarin Alonge is the immediate Past President of 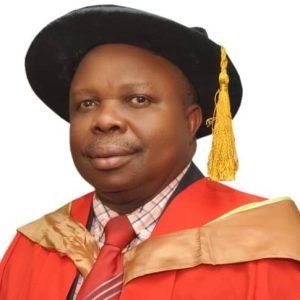 He won the Graduate Engineer of the year 1989 of the Nigerian Society of Engineers (NSE), Ibadan as well as Sahara Engineers’ Best Paper in Mechanical Engineering as well as Pa William overall best paper in Engineering. He has been a Corporate member of NSE since 1995. He has served and still serving in several committees of NSE. He started his career as a youth corper in the Department of Agricultural Engineering, University of Ilorin in September 1987, returned as an Assistant Lecturer in January 1991 and rose through the ranks to Senior Lecturer in 2006. He transferred his service to become an Associate Professor in University of Uyo in 2008 and a Professor in 2011. He has supervised over 120 undergraduate and postgraduate students at both University of Ilorin and University of Uyo respectively. He has been an external examiner to both undergraduate and postgraduate students in several universities in Nigeria as well as University of KwaZulu-Natal, South Africa and Universiti Putra, Malaysia.

He is a registered Engineer with the Council for the Regulation of Engineering in Nigeria (COREN). He has been a member of Canadian Society of BioEngineering (CSBE) since 2007. He has served in several committees of ASABE. He has served as the President of African Network Group of the ASABE. His commitment  with ASABE for several years were with lots of success stories from initiating the ASABE-NIAE partnership to establishment of African Network Group of ASABE, to appointment by board of Trustees of ASABE as her representative in the Executive Board of CIGR for over four years, Chair of International Affairs of ASABE etc. The ASABE President gave an Award during the Virtual Conference of ASABE in July 2020 for all these contributions.

He is a member of the International Advisory Committee of the International Conference on Agricultural and Food Engineering (CAFEi), Universiti Putra, Malaysia. He is a Member of Nigerian Institute of Management (NIM) Chartered.  He is a Fellow of Nigerian Society of Engineers, Fellow of Nigerian Institution of Agricultural Engineers and Fellow of Solar Energy Society of Nigeria. He is a recipient of several awards within and outside Nigeria. He is also a member of Nigerian Institute of Food Science and Technologists (NIFST). He has attended and presented papers in over fifty five (55) local conferences and over fitty (50) international conferences. His extension work has taken him to almost all the states in Nigeria, some West Africa states, South Africa, USA, Canada, France, Australia, Netherlands, Germany, Sweden, UAE, Oman and several other nations of the world for conferences, training, workshops, fellowship and visits.

He served as the Head of Department as well as the Vice Dean, Faculty of Engineering, University of Uyo, Nigeria from September 2010 till January 2015. He has served and still serving in several committees of the University. He was on Sabbatical leave as the Director of Membership Services at the Nigerian Society of Engineers (NSE) Headquarters, Abuja in 2015. He has been a COREN Resource person in accreditation exercise for several years as well as Resource Person for National Universities Commission (NUC). He is married to Catherine Modupe Alonge, a University Administrator and blessed with a good family.