HEAD OF DEPARTMENTS FACULTY OF ARTS

Josiah has so far taught many courses, both at the undergraduate and postgraduate levels in the University. He has also supervised many undergraduate projects, M.A. dissertations and Ph.D Thesis. He was the Coordinator, Postgraduate Programmes of the Department of English, University of Uyo between 2013 and 2018, and the Chairperson, Local Organizing Committee (LOC) of the University of Uyo Conference on English and Literature (UCOLL) in 2013. He had earlier served as the Deputy Editor, NIJASAT, and the Production Editor, NIJAAS at the Federal Polytechnic, Bida, Niger State respectively.

He equally served as the Editor, Journal of Nigerian English and Literature (JONEL), a publication of the Department of English, University of Uyo in 2014; and has co-authored a festschrift in honour of Professor David Jowitt of the University of Jos, Jos, Plateau State, Nigeria.
Josiah has attended many conferences and workshops within and outside the country and has many published journal articles both locally and internationally to his credit. He has held many positions of responsibilities within and outside the University of Uyo and is a member of many professional bodies such as Teachers of English to Speakers of Other Languages (TESOL), International Association of World Englishes (IAWE), English Scholars Association of Nigeria (ESAN), and numerous others.

Beyond these, Ubong Josiah is a key leader with the Deeper Life Bible Church and has done so for more than two decades. He is married with children. For his secular employment, at present, Dr Josiah is the Acting Head, Department of English, University of Uyo, Uyo, Nigeria. 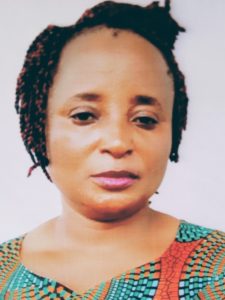 Served as the Examination officer, Chairman, Ethics and events Committee, Secretary Curriculum review committee, Board Secretary, serminar Coordinator among others, in the Department. Lecturing, supervising and researching. Attended and presented papers at regional, national and international levels.

Areas of interest are Phonetics/phonology, Sociolinguistics, language computation and documentation with focus on African Languages, specifically, Anaañ/Ibibio. Published articles in learned journals and contributed to book chapters, co-authored Anaañ orthography and coordinated the production of texts for the teaching of Anaañ. Authored nine texts in/on Anaañ. 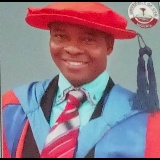 He also obtained a Diploma in Theology from Methodist Theological Institute (MTI), Umuahia. Dr. Udoh joined the services of University of Uyo on February 26, 1996, as Graduate Assistant. With the help of God, through hard work and dedication to duty, he rose to the rank of Senior Lecturer on October 01, 2011.

Dr. Isaac Udoh majors in Music Theory and Composition (with a tilt to sacred music) and also performs on the voice and the Piano, which is his major instrument. He has more than three hundred (300) compositions to his credit; ranging from sacred works to academic works – instrumental and vocal. Since his appointment at the University, he has taught several courses from Certificate Programme in Music to Undergraduate Programme and Master’s Degree Programme in Music. Some of the courses taught by him include Music theory and harmony, history of music, Ear Training and Aural Culture, General Musicianship, Acoustics and Psycho-Acoustics of Music, Keyboard Harmony, Analysis and Analytic Method of 20th Century Music, Orchestration, Composition, Performance Workshops (Western and African) and University Chorus.

He has supervised many undergraduate students in the area of Composition, Performance and African Music. He has also supervised and produced two Master’s Degree Students in the area of Composition and Performance. Dr. Isaac Udoh is a member of many professional bodies. He is a Member, Association of Nigerian Musicologists (ANIM); Member, International Society for Music Education (ISME); Member, Pan African Society for Musical Arts Education (PASMAE), and.Member, Association of African Composers.
Dr. Isaac Udoh has attended more than twenty five (25) Conferences, both local and international and has presented papers at such conferences.

He has written books, book chapters, and has more than forty publications in reputable journals within and outside Nigeria. Dr. Isaac Udoh, with, four other people interpreted the English Methodist Hymnbook into Efik – Nwed Ikwo Methodist. He was equally the Editor.

Dr. Isaac Udoh has served the University of Uyo in various capacities. Such include Secretary, (Music) Departmental Board of Studies, 2002 – 2005; Coordinator/Examination Officer – Certificate Programme in Music, 2003 – 2006; Director of University Band and Orchestra (Preparation of the University Band/Orchestra for all University functions, 2008 -2011; Staff Adviser, Music Students Association of Nigeria (MUSAN), University of Uyo Chapter, 2013- 2014; Time Table Officer, 2012-2016. Others included Project Coordinator (Degree Programme), 2014-2016; P. G. Coordinator, 2015-2016 and was appointed Head, Department of Music from June 11, 2018, till date.

Dr. Udoh has received many awards/distinctions. Some of these awards include:
• Award of Knight of Charles Wesley (KCW) by The Conference of Methodist Church Nigeria for his excellent contributions in Church Music, July 6, 2009;
• Award of Akwa Etubom Ikwo by Methodist Church Nigeria, The Majesty Choir, 34 Chubb Road, Abiakpo Ikot Essien Circuit, Diocese of Ikot Ekpene, May 19, 2013;
• An Award of Excellence in recognition of your valuable contribution To our academic success by Music Students Association of Nigeria (MUSAN) University of Uyo Chapter, May 20, 2015;
• Award of Excellence in recognition of his numerous contributions To the Church and the Youth Fellowship in particular by Methodist Church Nigeria, Youth Fellowship, Diocese of Ikot Ekpene, August 12, 2016; and
• Merit Award in recognition for his exceptional effort, support and dedication for the promotion of Classical Music by Church of Nigeria, Anglican Communion, Diocese of Uyo, Diadem Voice of John the Baptist Anglican Church Choir, Ikot Ekpene, April 9, 2017.
Dr. Isaac Udoh is a Tent-Making Minister (Reverend) with Methodist Church Nigeria from 2006 till date. He has risen to the rank of a Presbyter (Very Reverend) and currently in charge of English Service at Groves Memorial Methodist Cathedral, Ikot Ekpene. He is the current and pioneer Conference Music Coordinator, Methodist Church Nigeria. Dr. Udoh is happily married to Dr. (Mrs.) Eno Isaac Udoh and the marriage is blessed with three lovely and god-fearing children – Esther, Samuel and Precious. His contacts: 08037800907, 08184118943, isaacudoh@uniuyo.edu.ng, isesudoh@yahoo.com. 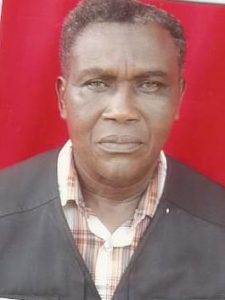 Dr. Sylvester Dan Udofia is a senior lecturer and the current head of the Department. He specialises in the Old Testament.

He bagged his Ph.D from the University of Nigeria, Nsukka in 2000. He teaches Old Testament courses among other courses both at the undergraduate and postgraduate levels.

He has a host of publications including book chapters and articles in reputable local and international journals. Email: sylvesterudofia@gmail.com. Phone Number: 2348035082517 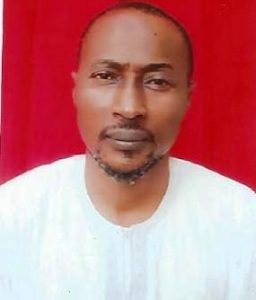 Dr. Salaudeen, Ibrahim Adedeji is a senior lecturer in the Department of Foreign Languages, University of uyo. His area of research interest is translation studies.

He is the current Acting Head of Department. He is the translator of Harvest of Corruption by Frank Ogodo Ogbeche into French under the title Lourdes consequences de la corruption now in press. Names : Dr. Ibrahim Adedeji Salaudeen
Email: ibradesala@gmail.com
Institution Email: salaudeenadedeji@uniuyo.edu.ng