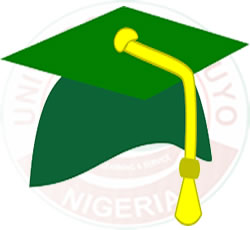 A BRIEF INTRODUCTION OF DIRECTORATE OF PRE-DEGREE STUDIES

At the inception of the Directorate in 2011/2012 session, it was a two-year Foundation Programme as an additional avenue for the preparation of candidates for the degree programmes through Direct Entry. The Foundation Peogramme only lasted for just one year because NUC directed that every such programmes that do not pass through JAMB should be discontinued. In 2012/2013 the Foundation Programme was replaced by Basic Studies Programme, after the University had sought and obtained an affiliation with the Interim Joint Matriculation Board (IJMB) examination domiciled in Ahmadu Bello University (ABU), Zaria. This implies that the students will take the IJMB examination, obtain IJMB certificate and get admitted by direct entry into the 200 level of the various undergraduate programmes in the University.

The admission requirements for the Basic Studies Programme is a minimum of five (5) credits in English Language, Mathematics and any three (3) relevant subjects obtained at not more than two (2) sittings at the SSCE/WASCE GCE O/L / NECO with results obtained before registration. Admission into the Programme is usually through a screening test.

The Pre-Degree Programme currently prepares students for admission into the Faculties of Agriculture, Education and Science.

a. Candidates must possess credit passes in at least five (5) subjects including English Language, Mathematics, Physics, Chemistry, Biology (Agricultural Science is accepted in place of Biology for Agricultural Education and Agriculture candidate only), at not more than two sittings in the SSCE (WAEC / NECO or GCE) or equivalent qualifications

b. Candidate must have taken the present academic year Unified Tertiary Matriculation Examination (UTME), e.g. 2013 and must have had a total score not of less then 180 (One hundred and eighty) in the relevant UTME subject combination. That is, Use of English, Physics, Chemistry, Mathematics or Biology or Agricultural science.

c. Admission into the Programme is usually through a screening test.